A new study conducted by  College Assistant Professor Dr. Marin Wenger and College Doctoral Candidate Javier Ramos has found that immigrants who have committed a felony and been released from prison in Florida are significantly less likely to reoffend by committing another felony than their nonimmigrant peers.

The study, appearing in Justice Quarterly, compared recidivism rates of foreign-born and native-born individuals who had been incarcerated for felonies and released from prisons in Florida.

“Our study continues to dispel the myth of the criminal immigrant,” said Dr. Wenger. “Our findings suggest that policymakers and others should ignore the heated rhetoric directed toward foreign-born individuals and, in a time of limited resources, focus on groups for which reducing recidivism would translate into safer communities rather than focusing on immigrants.”

Using data from the Florida Department of Corrections, the study compared recidivism rates of 192,556 immigrants and nonimmigrants formerly incarcerated for felonies and released from Florida prisons between 2004 and 2011. Of the total, 188,677 were nonimmigrants and 3,879 were immigrants.

To determine whether differences in rates of recidivism between the two groups could be accounted for by other factors associated with criminality, the study examined participants’ gender, age, race and ethnicity, prior felony convictions and most recent felony conviction, and whether the individual had been labeled a habitual offender in Florida.

It also considered participants’ prior violations while under supervision; the number of times they were committed to prison; and whether they had a high school diploma, were married, or were employed when they were incarcerated. The study also took into account the judicial circuit where the participants were sentenced and their year of release.

Researchers used a variety of methods to assess the link between immigration status and recidivism. While they found that the time until recidivism among those reconvicted was similar for the two groups — 19.5 months for immigrants and 19.3 months for nonimmigrants—they also found that nonimmigrants were more likely to be reconvicted than immigrants, even after taking into account the abovementioned factors. This result held true when they using one-, two- and five-year time frames as well.

The authors acknowledged that because their study was restricted to individuals who served time in Florida prisons and were released to a county in Florida, the findings may not be generalizable to other U.S. states. Because their measure of recidivism was restricted to reconviction for a felony offense, they also noted results may not apply to other measures of recidivism, such as re-arrest.

“Given the current political and social climate and the demand among some legislators for more exclusionary immigration policies, our study is important because it shows that immigrant ex-inmates pose a smaller risk to the community than nonimmigrant ex-inmates,” said Ramos. 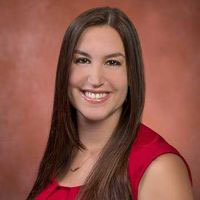