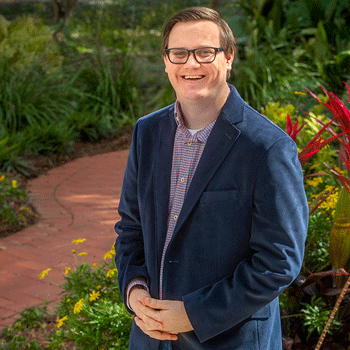 What do cheese, jeans and wine all have in common? They get better with time. New research from Florida State University finds that’s also true of teenagers’ attitudes toward law enforcement as they become adults.

A research team, led by Assistant Professor Kyle McLean, found that teens’ attitudes toward law enforcement tend to improve as they reach adulthood.

“We know that as kids age, they tend to age out of crime, and this is one potential explanation as to why that happens,” McLean said. “Their attitudes toward authority, laws and the overall system improve.”

The study, published in the Journal of Research in Crime and Delinquency, also found that a young person’s interactions with law enforcement shaped their views of the criminal justice system more in their earlier years than when they approached adulthood.

“The key takeaway is that first impressions really do matter,” McLean said. “When you see an officer interacting with a young kid, that interaction is hugely important because it’s going to shape that kid’s attitude toward the justice system in a way that an interaction when they’re 25 or 26 isn’t going to. At 13 or 14 years old, it’s just so much more impactful.”

McLean and his colleagues examined data from a longitudinal study that included more than 1,300 youth between 14 and 17 years old from juvenile and adult court systems in Phoenix and Philadelphia. The study followed participants for seven years as they entered their early 20s.

The team also found that parental views on law enforcement remained important over time but especially during the early study period.

Researchers suggested additional studies could be expanded to other geographical areas throughout the country.

McLean said his study emphasizes how important it is for the law enforcement community to continue to analyze and execute procedural fairness during citizen encounters —  especially when interacting with youth.

“If we use school resource officers as an example, they should be the front line for positive interactions with the police,” McLean said. “Treating students with respect and dignity, allowing them a voice during interactions and explaining the reasons behind decisions are likely to build trust, improve legitimacy evaluations and lead to increased compliance with the law.”