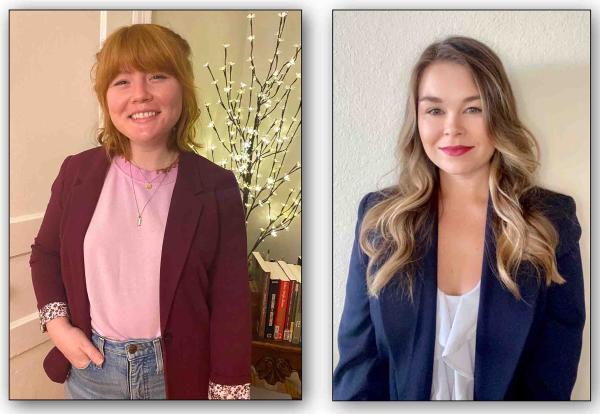 Graduate Student Orientation for the fall semester is officially in the books.  The orientation was held on Monday, August 15th, at the College of Criminology and Criminal Justice. According to Professor Carter Hay, Director of the Graduate Program, it has been a while since orientation was held in the building.

Professor Hay admits that the goals were met while conducting orientation remotely, but there are several benefits to having everyone in the same place. One of those benefits is that the students get the opportunity to meet who they will be working with face-to-face.

Professor Hay said, “We are throwing so much information at these students that I believe it would be almost impossible to retain every single thing we have put out.  Keeping that in mind, we get as many faculty and staff involved as possible, so the person presenting the material is directly involved with that subject.  That way, if they have a question later, they know exactly whom to get in touch with to get the answer.”

Both faculty and staff have a part to play, but those involved say that the starring role goes to the Ph. D students who serve as orientation leaders.

Professor Daniel Mears, who established orientation leaders in graduate student orientation at the CCCJ, co-authored a 2015 study for the Journal of Criminal Justice Education that breaks down the benefits of having student-led orientation.

He said, “The logic of having current graduate students lead the orientation for new graduate students is that they are more likely to listen.  It creates an instant connection through shared experience.  They are told what to expect from students currently navigating the program.”

Bridget said, “We try to build an orientation specifically geared toward new graduate students. Even in the case of our guest speakers.  Each one of our presenters is someone that they will work with or communicate with regularly. Everything highlighted in this presentation is vital to the success of our new graduate students.”

Bridget and Julie lined up an impressive list of guest presenters.  The day began with a welcome message from Professor Mears, followed by a faculty panel featuring CCCJ Professors: Jillian Turanovic, Joseph Schwartz, Brendan Lantz, and Emma Fridel, and a brief from college staff on the curriculum.

In the afternoon, Professor Hay presented various funding and research opportunities, and Dr. George Pesta gave information about the Center for Criminology and Public Policy Research.  The day wrapped up with a graduate student panel and a welcome to the graduate school brief from Dr. Mark Riley, Dean of the Graduate School. 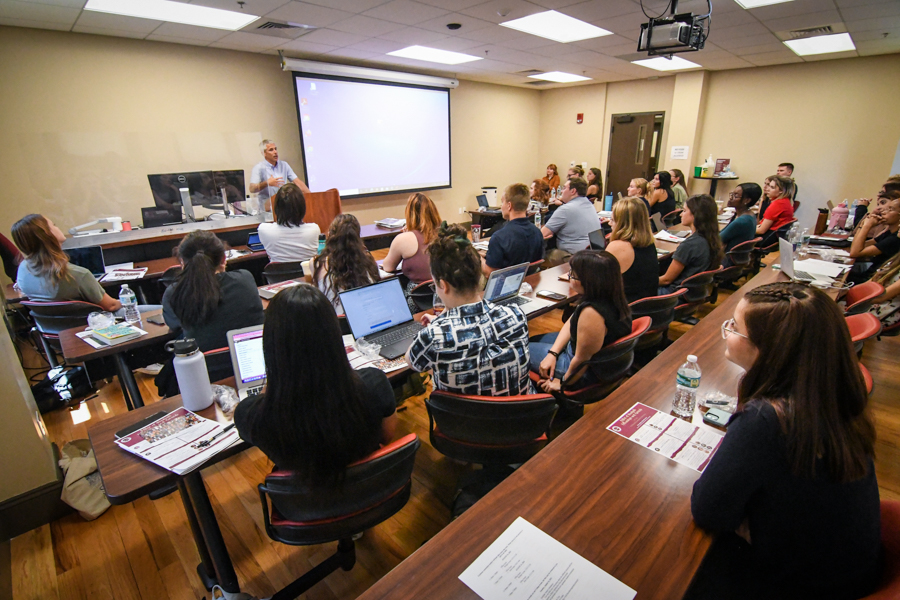 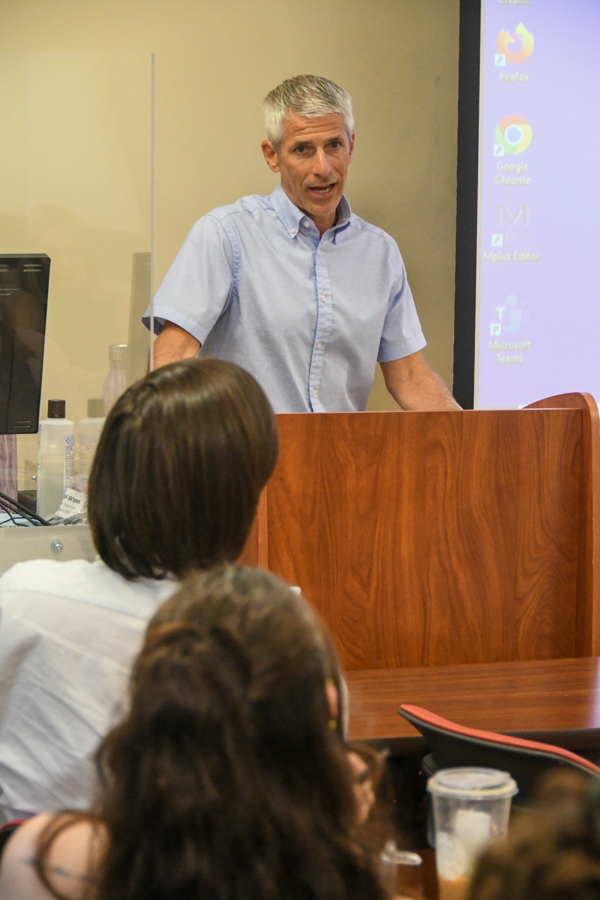 Professor Hay said, “They put in a ton of work for this, and it is not just the day of orientation. Their preparation goes back months.  Once they receive the lists of students who have been admitted, they begin reaching out to the students to answer any questions they have.”

In the middle of planning and presentation, the orientation leaders are also tasked with training their replacements.

“They walked us through everything and gave us an idea of what works best.”

Julie Kuper said, “Bridget and I shadowed the team from last year for training, and we learned so much.  They walked us through everything and gave us an idea of what worked best.  This year, we were not only able to apply those lessons to our orientation, but we helped bring up the next team.”

Professor Hay said that he is continually impressed by the dedication and professionalism of the orientation leaders.

He said, “They are busy with their research and teaching.  For them to take timeout out for that service role helps us out a great deal.  It also means a lot to the students going through the orientation.  They do a wonderful job, and we could not do this without them.”